Using EFT to Help You Forgive 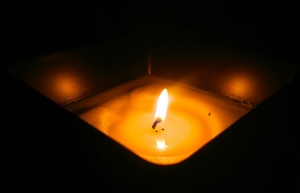 Cultivating the ability to forgive others for what we see as trespasses against us is one of the most positive things we can do for our spiritual, emotional and physical health.

In terms of spiritual health, most major religions consider forgiving a virtuous act. For example, the Quran (3:134) mandates that practitioners of Islam “control their rage and pardon other people.” Forgiveness is also mandated in Judaism, provided the guilty party has expressed remorse for her or his actions.

The Christian emphasis on forgiveness has resulted in breathtaking acts of grace, some of which have become widely known. For example, after a deranged man entered an Amish school in Nicklemines, Pennsylvania, and opened fire, killing ten young girls, the community forgave him. Incredibly, deeply mourning Amish families even paid a visit to the man’s wife to offer her comfort.

Forgiveness also fosters mental and physical health. According to a Mayo Clinic article, forgiveness, as opposed to holding on to anger, resentment and desire for revenge, results in positive changes such as lower blood pressure, lower levels of anxiety and depression, and improved relationships

Yet, as the article points out, forgiving someone who has injured us, even in a relatively minor way, is not easy.

I was reminded of that recently, when someone I’d considered a friend – I’ll call her Marry – acted in a way that felt like a betrayal. When I realized what had happened, I was angry and hurt. I wanted to lash out. I wanted to cause Mary as much pain as she’d caused me.

Happily, I didn’t do that. Instead, I immediately used EFT to calm myself. I knew it would control my negative emotions so they couldn’t hijack my good sense and cause me to do or say something I’d regret.

Here’s how I got those emotions under control…and got a new perspective on the situation:

I worked on the most intense emotion – anger – first. It was at an intensity of 10+. I used the set-up phrase, even though I’m absolutely furious, I love and accept myself. As I tapped around the points, I let the full force of my anger rip. That (bad word). How dare she! I want to hurt her. I want to get even. This anger. I’m so (bad word) furious!

I threw in a few 9-gamuts and continued to tap round after round until the intensity went down to about a 3. When I noticed my attention had shifted to how betrayed I felt, I switched to that, which was about a 9.

I handled betrayal the same way I had anger. I put the full force of the emotion I was feeling into my voice. I used the set-up phrase, even though I feel absolutely betrayed, I completely love and accept myself. I tapped around the points, using phrases like, how could she? I’ve been good to her! I thought we were friends. She turned on me. She betrayed me. She sold me out. I did round after round on betrayed. Did a couple of 9-gamuts, too. Finally, betrayed started to decrease in intensity. As that happened, new thoughts occurred to me. I began to think about what might have motivated Mary’s actions. I know she was in a new job and very eager to please her boss. Maybe she hadn’t realized the information about me she’d shared with boss would trigger a decision that would affect me negatively. I began to think about our friendship and what I knew about the hardship in her life.

I used Pat Carrington’s Choices Method to tilt me in the direction of understanding and forgiving Mary. The Choices Method involves tapping 3 rounds, using the same set-up phrase for each, but different reminder phrases.

During the first round, I used the set-up phrase even though Mary betrayed me, I somehow choose to totally forgive her, and tapped around the points using only the first half of the reminder phrase, Mary betrayed me.

During the second round, I used the same set up phrase but switched the reminder phrase to I somehow choose to totally forgive Mary.

In the words of English poet Alexander Pope, “to err is human; to forgive is divine.”